This is how marketers try to influence your mind

The basic principle of marketing is known to get us to buy products or services – sometimes by any means necessary. Indeed, marketers often use creative means to influence our subconsciousness and guide us toward the desired buying decision. In this post, we’ll open the issue a bit from a marketer’s perspective and bring up a few classic examples of how you too can leverage psychology in your marketing.

Colors can communicate many different things and elicit surprising reactions in the depths of the human mind. There are many examples of the psychological effects of colors.

Fast food chains almost invariably use red in their marketing and even in the interior design of their restaurants, as the color red has been studied to have an appetite-boosting effect.

Mouthwashes and toothpastes are often blue or at least bluish in color because blue symbolizes freshness to us. Blue also has a calming effect – in Japan, for example, blue street lights have been found to reduce crime in public places.

According to one study, on the other hand, warm-toned placebo pills were reported to work better than cold-toned ones.

Thus, colors have great subconscious power and the use of appropriate colors in marketing affects the image and at best can help the purchasing decision. Good marketers and designers know this and use it to their advantage. Fortunately, now you know too.

An expert will appear on video, present the product in a convincing voice and talk about its benefits. She’s dressed neatly, she’s possibly part of a major organization, and she also has a great-sounding professional title. Does it ring a bell? Each of us knows this style of advertising.

However, you should be careful, because unfortunately this method is sometimes misused. Does the organization mentioned in the ad actually exist? Is it even the right person or actor? This is often difficult to figure out and few people bother with. Thus, the advertised product may remain to haunt our minds “recommended by an expert,” even if this is not really the case. Of course, such marketing is not worth doing; the lie has short traces and dishonest marketing turns against itself before long.

Another related ancient trick is to market the product using celebrities – or as they call nowadays- influencers. For example, in 2008 David Beckham advertised fish sticks and in 2010, Kim Kardashian, in turn, acted as the face of toilet paper maker Charmin’s advertising campaign. While most may not believe that these stars are actually using the products they are advertising, many still want to be like them and the choice of shop on the toilet paper shelf may subconsciously hit that brand.

Free samples are widely used as part of marketing. Whether it’s a free makeup sample handed out by a beautiful saleswoman in the department store’s chemical department or a piece of cheese given by a salesman who is shouting advertising slogans behind the product stall in the hypermarket’s food section, these free gifts have many purposes.

The obvious goal, of course, is to get a potential buyer to test the product, but giving a free gift often also aims for the effect called “the principle of reciprocity”.

You may have sometimes received, for example, a Christmas present from a person to whom you did not acquire anything yourself and felt guilty about it.

It is this phenomenon that is at the heart of the principle of reciprocity, and the same is true of free samples; psychologically, a person often feels uncomfortable if, after receiving a gift, he does not give something back in return.

A test conducted in 1974 by sociologist Philip Kunz of Brigham Young University also speaks in favor of that effect. He sent 600 Christmas cards to completely unknown people in a test mood, and to his great surprise, 200 people responded back.

Product placement is a form of marketing in which the product being sold is placed in the media, such as a movie:

In addition to movies, product placement takes place in both games and music.

Product placement has been used since the early days of movies. One of the first known cases is from 1927, when the film “Wings” was prominently served with chocolate bars by American chocolate maker Hershey’s in several scenes.

This was Hershey’s first but not the last time on the big screen. In the early 80s, the company made a million-dollar classic with the later production company ET. As a result, sales of Reese’s Pieces, made by Hershey’s, more than doubled within the first two weeks of the film’s premiere.

Product placement is subtler than traditional marketing and doesn’t usually feel like an ad. Ads can often skip, but no one jumps over a movie scene just because the guy drinks Pepsi.

You, too, have probably fallen victim to the “decoy effect”:

In its Brain Games program, National Geographic tested the above options for movie theater visitors. Some visitors were given three options, in which case they most often chose the largest and most expensive. If only two options were given, the cheaper option sold out much better.

The key to successful marketing is to understand how people think and especially why they think so. This is not always possible due to the complex nature and quirks of the human mind, but by taking into account some of the basics of human psychology, it is possible to make your marketing even more effective! 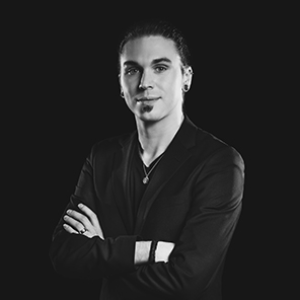 Leave us your honest review of the article and we will be able to produce even better content in the future. Thank you!

What are you waiting for?

From time to time you will receive exclusive offers and diamond-hard stories about world of marketing without the jargon. No spam and annoying stuff!